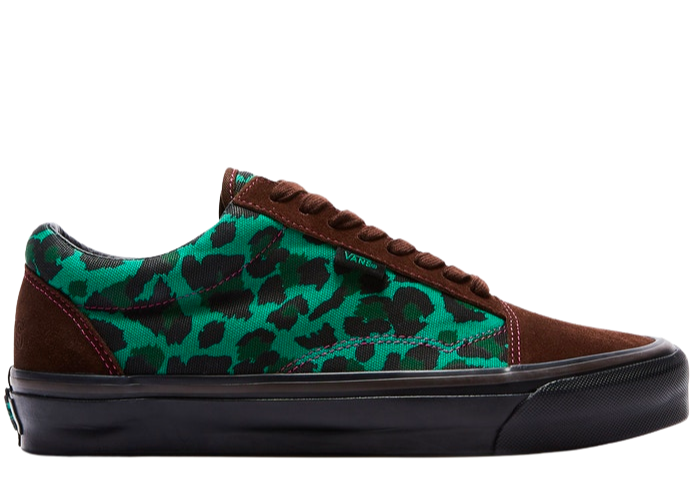 The Vans Old Skool Stray Rats Brown Green is one of two colorways set to drop alongside each other in August of 2020. Made in collaboration with the Miami-based retailer, which was founded in 2010 by Julian Consuegra, who was formerly the lead creative at FUCT. This pair sports a brown-based suede upper with archival leopard print detailing. An embossed Stray Rats logo on the back heels, a leather liner and all-black vulcanized sole finishes things off.

The Vans Old Skool made its debut in 1997. Originally known as the Vans #36, it was the brand's first skate shoe that incorporated leather panels for increased durability. What started as a random doodle by Paul Van Doren was originally referred to as the "jazz stripe" and has become the unmistakable hallmark of the Vans brand. The Vans Old Skool also debuted the now famous Vans Sidestripe.

The Stray Rats x Vans Old Skool “Brown Green” edition is set to release on August 14th, 2020. It will launch via Vans & select stores for a retail price of $85. They will be available exclusively in men’s sizing.