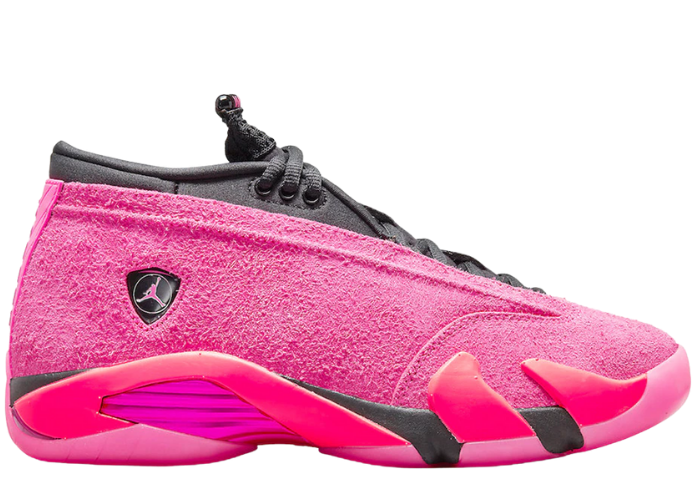 Originally released from 1997-98, the AJ XIV was the last signature sneaker Michael Jordan wore while playing for the Chicago Bulls. He laced up the “Last Shot” edition as he hit the game-winning shot in Game 6 of the 1998 NBA Finals against the Utah Jazz, leading his team to their third consecutive title and sixth of his career. Inspired by the Ferrari 550 M, the sneaker uses design cues from the supercar, such as: the midsole design, inspired by the grille and the body kit, iconic Ferrari crest logo and the rubber heel, modeled after high-performance tires. The Air Jordan 14 received its first retro treatment from 2005-06.

The Air Jordan 14 Retro Low “Shocking Pink” (W) is set to release on November 4th, 2021. It will launch via Nike & select stores for a retail price of $170, exclusively in women’s sizing.