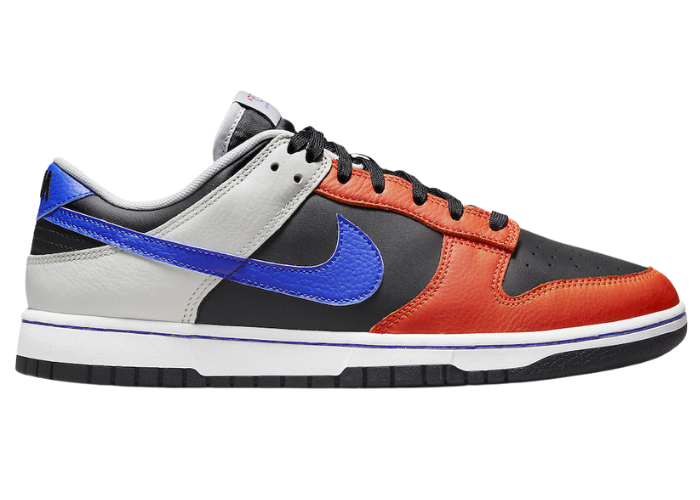 The Nike Dunk Low EMB Knicks edition was made to pay homage to one of the most popular NBA franchises of all-time. A part of the “75th Anniversary” Pack, this New York Knicks edition of the Nike Dunk Low EMB was made in collaboration with the NBA. It comes in a black, racer blue, grey fog and orange colorway. Featuring a black-based upper with orange overlays on the toe counter and lace stays, grey wrapping around the back heel overlays, tongue tag and lining. Hits of racer blue can be found on the stitching of the white midsole as well as the “Swoosh” on the sides and back heel tab. Tying in with the 75th Anniversary of the NBA, custom branding can be seen on the tongue tag as well as the custom metallic silver metal lace dubraes.

The NBA x Nike Dunk Low EMB Knicks is set to release in October of 2021. It will launch via Nike & select stores for a retail price of $110 exclusively in men’s sizing. They will come housed in special packaging as well.