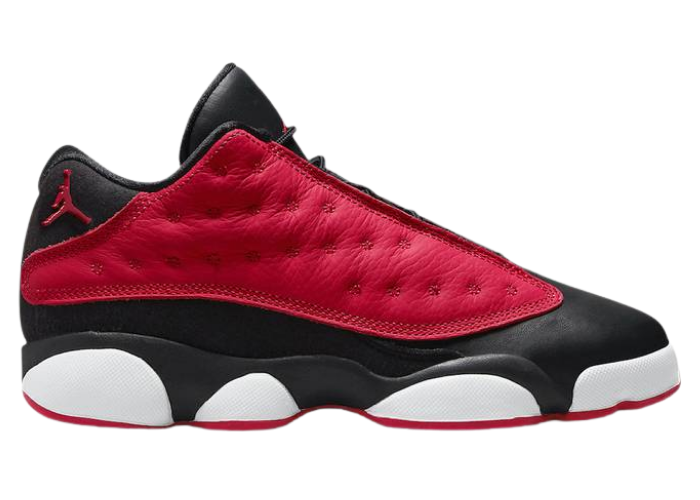 The Air Jordan 13 Retro Low Very Berry GS comes in a black, very berry and white colorway. A kids exclusive, they feature an all-leather upper composed of black and a berry red. White accents the midsole which provides a break-up for the main two color components on this pair.

The Air Jordan 13 was originally released in 1997-98. Inspired by Jordan’s alter ego, the “Black Cat,” the sneaker features holographic logos on the collar and bottom of the paw-like outsole. MJ would lace them up throughout his final NBA season as a member of the Chicago Bulls. He would later go on to win his sixth title and complete his second three-peat during this time. The sneaker was also made famous by Denzel Washington as he wore it on-screen in the 1998 Spike Lee joint, ‘He Got Game.’ It was retroed for the first time from 2004-05 and continues to see various releases almost on a yearly basis.

The Air Jordan 13 Retro Low “Very Berry” (GS) is set to release on July 8th, 2021. It will launch at Nike and select stores for a retail price of $140. They will be available in kid’s sizing, from gradeschool (GS) down to toddler (TD).