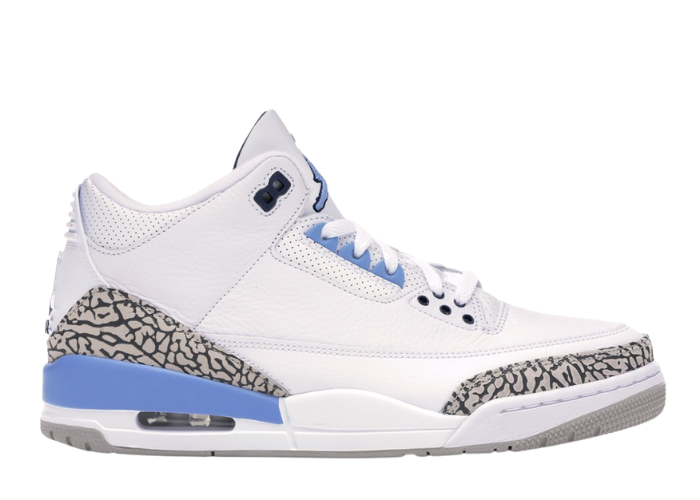 The Air Jordan 3 Retro "Valor Blue" UNC is set to release just in time for March Madness. Aside from the Jumpman branding on the back heel tab, the Jordan 3 UNC is true to the original 3 silhouette construction featuring a white tumbled leather upper juxtaposed by the iconic elephant skin on the heel & toe overlays. In true Tarheel fashion the sneaker is finished off two shades of blue on the Jumpman branding, lace eyelets, & the back part of the midsole. Jordan fans can expect the Jordan 3 UNC to release on 3/7/2020 for a retail price of $190.
Read more
Release date
Sat, Mar. 07
Colorway
White & Valor Blue-Tech Grey
Retail
$190
PID
CT8532-104