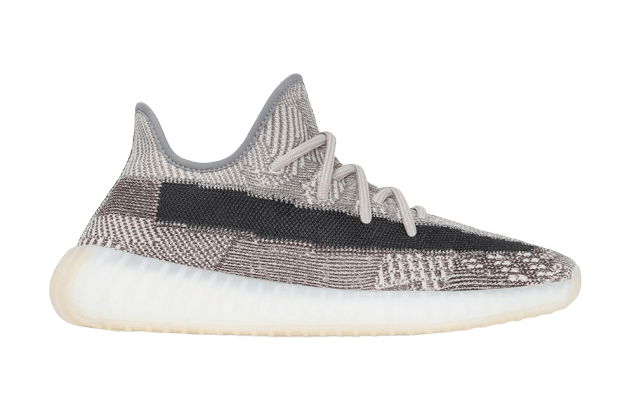 Release Date Update: After having its June release delayed due to a variety of global events, the Zyon 350 V2's are now expected to launch on July 18th.

The Adidas Yeezy Boost 350 V2 "Zyon" hits retailers on July 18th. It seems like an eternity since the last Yeezy 350 V2 release. But fear not, sneaker fans, the three stripes are back at it again and set to launch the latest iteration of the 350 V2 model on July 18th. Most recently, we saw the releases of the Adidas Yeezy Boost 350 V2 Linen and Sulfur colorways. While each of those models did of course sell out on release day, neither of them seemed to garner nearly the same amount of attraction that we're currently seeing around the Zyon colorway.

Drawing resemblance from the Static 350 V2's, the Adidas Yeezy Boost 350 V2 "Zyon" features a grey primeknit upper with a dark brown/black stripe spanning across the lateral side of the sneaker. The model includes varying grey and brown mocha accents throughout, along with a signature, Boost-cushioned, translucent cream outsole. The demand for this release is quickly surging, so for your best chance to secure a W and cop the Adidas Yeezy Boost 350 V2 "Zyon" for the retail price of $220 on July 18th, be sure to keep it locked to Sole Retriever's official Raffle & Release guides.