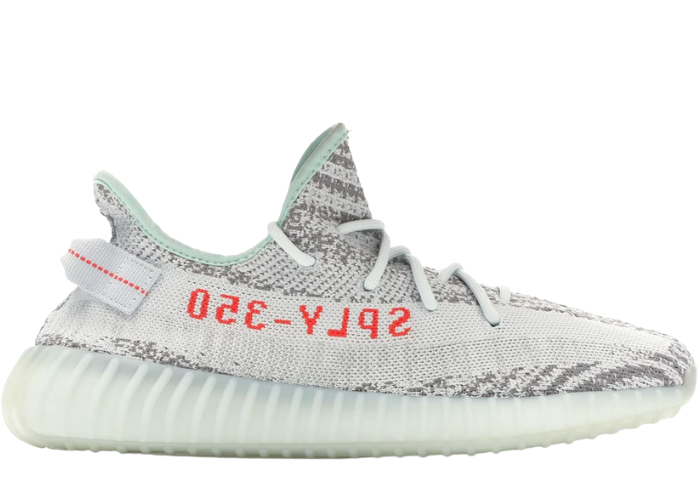 The adidas Yeezy Boost 350 V2 Blue Tint is back after a four-year hiatus. Staying true to the original 2017 release, they come in a blue tint, grey three and high risk red colorway. Featuring a blue tint and grey Primeknit upper with red accenting the “SPLY-350” branding on the side stripe as well as the lines on the back heel pull tab. A full translucent Boost cushioned outsole rounds things out for these Yeezy’s.

The adidas Yeezy Boost 350 V2 is the second iteration of Kanye West’s second signature sneaker with the Three Stripes. An updated version of the original Yeezy Boost 350, they feature: internal three stripes detail on the inner heel, three different color Primeknit yarns on the upper, an internal reinforced toebox, full-length Boost cushioned midsole, semi translucent TPU sidewalls and a signature Yeezy Boost window cutout on the bottom of the sole.

The adidas Yeezy Boost 350 V2 “Blue Tint” was originally released on December 16th, 2017. It is set to be re-released in late 2021. It will launch via adidas & select stores for a retail price of $220. They will be available exclusively in men’s sizing.