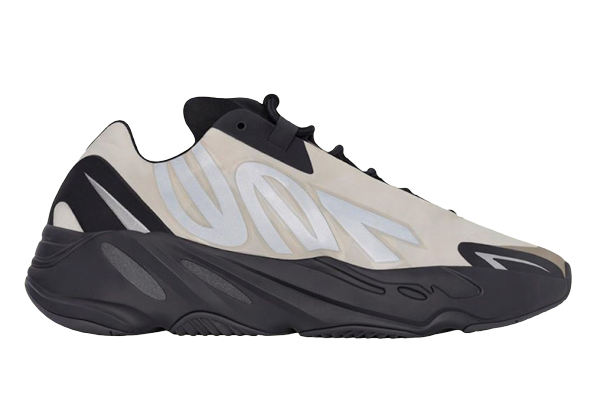 Heat Check
Ye and the three stripes are set to release their latest installment of the 700 MNVN series this Summer. The "Bone" colorway of the Yeezy Boost 700 MNVN will arrive at Adidas & select stores on July 11th for a retail price of $220.
Read more
Release date
Sat, Jul. 11
Colorway
Bone/Silver/Black
Retail
$220
PID
FY3729

Yeezy fans, mark your calendars. After first being released exclusively in Europe & China back in April, the Yeezy Boost 700 MNVN "Bone" will finally touch down in the US this Saturday, July 11th. This launch will mark the fourth edition of the 700 MNVN silhouette to release this year. Back in the Spring, we saw the Orange, Phosphor, and Triple Black colorways. Now, with the Summer season in full effect, the "Bone" rendition has earned its roster spot and will be joining the lineup. The sneaker features a muted beige nylon upper and "700" reflective 3M branding across its lateral side. A cushioned black Boost midsole ties the sneaker together giving it a sharp contrast.

With last week's release of the Barium QNTM's and the looming upcoming release of the Zyon 350's on the 18th, it's shaping up to be quite a busy month for Adidas and Yeezy. We anticipate the "Bone" 700 MNVN model to be an extremely limited drop. To that end, it will likely be a tough cop for most people, but luckily for you, we've got you covered. If you're looking to get your hands on a pair of the "Bone" Yeezy Boost 700 MNVN's for the retail price of $220 on July 11th, keep your eyes glued to our Twitter & be sure to bookmark Sole Retriever's official Raffle & Release Guides.