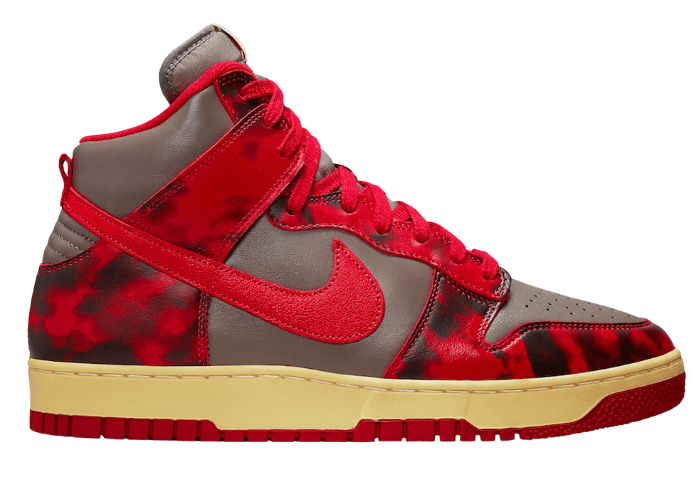 The Nike Dunk High 1985 Acid Wash Red is one of the first two colorways from the “Acid Wash” Pack set to drop in 2021. Coming in university red and chile red, this version of the Dunk High channels its original look from 1985. Featuring an acid-wash-like treatment on the red overlays. Grey premium leather underlays and a red Swoosh on the sides finish the upper. An aged yellowing midsole sitting atop a red outsole round things out.

The Nike Dunk High 1985 SP “Acid Wash Red” is set to release on August 19th, 2021. It will launch via Nike & select stores for a retail price of $130. They will be available exclusively in men’s sizing, housed in special packaging.